When it comes to catch and keep fishing in the U.K there are several rules, schools of thought and ethical debates that are all worth thinking about. These can vary from peoples general opinion to actual legal ruling that would actually break the law if you breach.

In this article we are going to discuss all things surrounding catch and keep fishing and hopefully give you a better understanding on what you should or should not do. 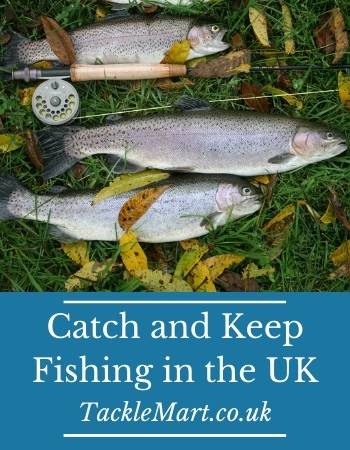 What is Catch and Keep Fishing?

Now the simple answer to this question is obvious! However the more complex answer depends on what type of fishing you are referring to. Whilst on the coarse fishing circuit, 'catch and release' is widely practiced, however there are some circumstances whereby you can actually keep some coarse fish that you catch.

The rules on catch and keep fishing are governed by the environment agency and  not only differ between countries in the UK but they then also differ between Regions. To complicate things even further, salmon and trout fishing have different bye laws to coarse fishing so all in all the whole catch and keep fishing thing can leave an angler totally confused when really all you want to do is go and enjoy the amazing sport of angling and catch some fish!

As a starter for ten we feel we should attempt to inform you of some of the rules regarding catch and keep fishing in a simplified way.

Rules on what you can catch and keep in the UK

A lot of the ruling across the UK on Catch and keep fishing refer to the size of the fish. The specific way a fish is measured for catch and keep purposes is from the tip of the snout to the fork or cleft of the tail as shown in the following diagram

How to measure fish for catch and keep purposes: 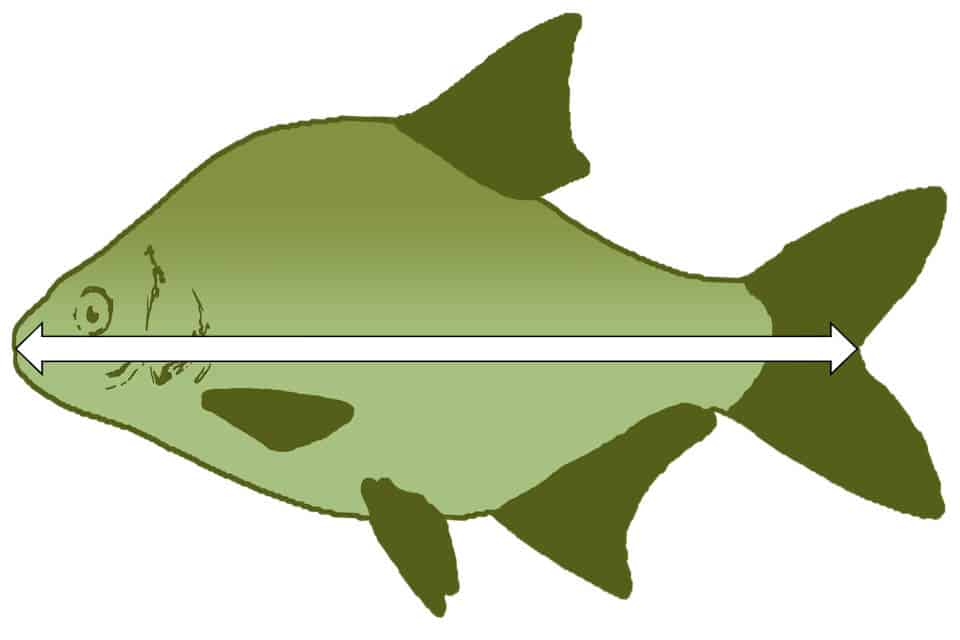 Regional Byelaws for Catch and Keep Fishing in England

The regions with differing bye laws on catch and keep fishing in the UK alongside a link (when clicked) to the official rulings are as follows:

You can find more information about the byelaws in Scotland here.

Catch and Keep Byelaws in Wales

These limits are subject to the permission of the fishery owner or occupier who may set tighter limits.

Stillwaters
When fishing stillwaters (including canals in Wales), you can remove freshwater fish only with the written permission of the owner or occupier. This is normally through fishery rules printed on permits or day tickets.

Note: because they have multiple ownership, you should treat Llyn Tegid and Llyn Maelog in the same way as rivers.

Eel and shad
Removal of eels and shads (Twaite and Allis) by rod and line from any water (out to 6 nautical miles) is prohibited.

For more information on the Welsh Byelaws you can visit the natural rsources in wales website here. 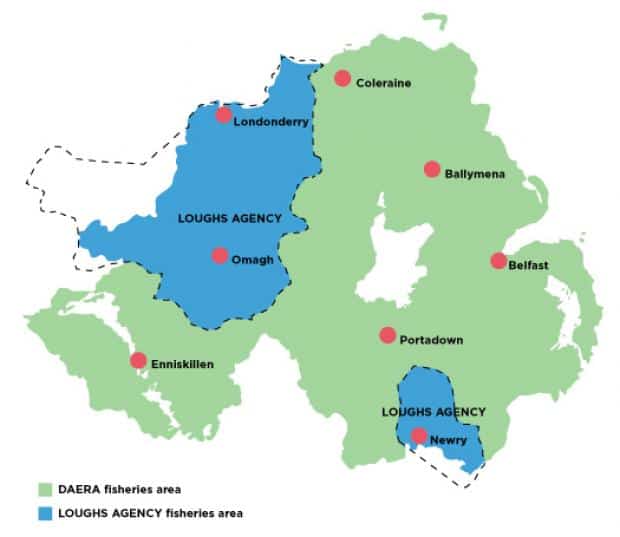 What are the benefits to catch and keep in the UK?

There are numerous benefits, both ethical and factual. Let’s take a look at some…

We need to be honest with ourselves here. If there’s a choice between a fish being critically injured and floating round for days before succumbing to a slow and painful death, or being dispatched quickly and painlessly, then it is fair to say the latter option is far better. If there is ever any doubt that a fish will survive, it is far kinder to follow a catch and keep policy.

The longer fish are kept in the water, particularly landlocked still waters, the more likely they are to eventually become old and diseased. Certain diseases can spread quickly in still watery fisheries. However, by ensuring a rotation of stock, disease never has the chance to take hold and spread.

Wait, how can catch and keep increase the catch rate? Surely there are less fish? Yes this is true. But consider this. My local water, with its ‘Brown Trout always go back rule’, doesn’t really have to enforce it.

Do you know why?

Hardly anyone ever catches a Brown Trout! What is the reason for this? Well due to this policy, Brown Trout are hooked and returned. Over the course of years, they have become wise to practically every trick in the book and as a result are notoriously wary. The Rainbows on the other hand will eat your fingertip if you leave it in the water for long enough.

As another aside, by removing fish and reducing the possibility of disease, the fish population will often grow naturally, as it is only ever fresh and healthy stock, and the water is not overpopulated.

How to dispatch a fish

If you are going to catch and keep fish in the UK you owe it to the fish to treat it as humanly as possible, even if you are going to kill it. Let’s put this out there now (and we have seen it). The way to kill the fish that you catch is not to throw them on the bank where they flip and flop and slowly suffocate.

The best way to dispatch fish is with a solid blow to the head with something heavy. Fish aren’t designed for impact. A sharp tap on the head will render them dead in the blink of an eye. For this use a priest, or some other heavy implement.

Squeezing them by the body and banging them on the ground or a fence post is not the way to go either. The chance of dropping them and prolonging their suffering or not administering a blow with sufficient force can be seen as cruel at best.

If you want to see a video on how to use a priest successfully. Watch this…

One more tip for dispatching fish. And this one is vital. If you are going to catch and keep, despatch the fish whilst it is still in the net, before you take the hook out. It will be easier to unhook, the fish is kept secure and you are not prolonging its suffering by performing amateur dental work, when you are going to kill it anyway.

If that all sounds a bit too much, lets take a brief look at some basics on catch and release….

How to release your catch successfully

If you are going to release the fish you catch you want to do everything you can to ensure their survival. Here are some top tips: -

Use a good landing net

By using a good quality landing net, you should never need to actually touch the fish. Use a rubber or knotless meshed landing net, to avoid damaging the skin or scales of the fish. Fish are designed by nature to be supported by the water, not by hands. Also, by using a landing net you can get the fish in quicker which avoids fish fatigue. If you do it right, the fish never actually has to leave the water as once it is unhooked you can tip it out of your landing net without too much fuss.

See one in action here….

Beef up your tackle

Having a good fight with a Trout is fun. But going too light to test the limits of what you can do is not fun for the fish. Firstly, to a hooked fish’s mind, it is fighting for survival and will give all it has got. If you have to go easy to avoid breaking your line, the fish is going to run… and then get fatigued. By using a stronger leader and a good fly rod and reel combo you can put more pressure on the fish and get them in sooner.

In addition to this whilst some anglers believe a lighter leader gets more bites (tip… it doesn’t) It will also lead to more break offs. The thought of a fish swimming with a permanent lip piercing or starving to death if to becomes anchored to an underwater obstruction is not what anybody wants. We never go lower than 6lbs on our leader.

If the water is warm then the fish will tire quicker. Combine this with less oxygen and you can see why hard-fought Trout may struggle to get their breath back. If you are fishing on a particularly warm day it might actually be kinder to kill the fish than return them to gasp their last on the bottom.

What percentage of catch and release fish survive?

Its probably higher than you think. For every ten fish caught, the mortality rate is thought to be around 10%. That’s higher than I ever suspected. It is ever so slightly saddening. This number could actually be reduced with correct handling. But just because a fish swims away is no guarantee that it will survive. Infection, fatigue or damage to the fish can all result in them going belly up shortly after they are released.

Rules regarding catch and release for Game Fishing.

This is often up to the venue. My local water has a policy that Brown Trout must be returned to the water, living or dead. The reason for this is that they don't want a sneaky angler claiming that his bag of Brown Trout all died naturally so they just had to take them. Rainbows above a certain size may be taken, but only one per session. Other lakes vary in their rules.  Some lakes specify that fish caught must be killed. Be sure to always check out the specific rules for the body of water you are fishing.

Catch and keep fishing in the U.K may not be as popular as it once was, but that said there are several reasons why it is a good idea. If you like the taste of trout then there are relatively few downsides. Just be sure to treat your catch with respect from the moment it is hooked until it gets on your plate. 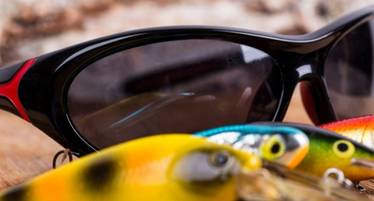 Polarised glasses are more than just looking ‘cool’. They are a vital tool that can give you the edge when fishing. So what are the best polarised sunglasses for fishing? Well, read on to find out! 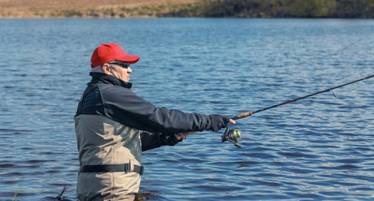 In this article, we will take you through the different types of fishing waders in the UK and provide some insight on what goes into the best fishing waders on the market today. 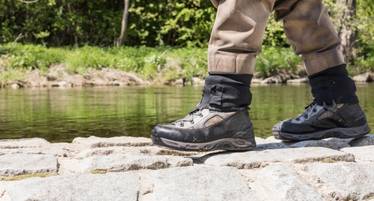 In this article, we will show you the best fishing boots for a variety of fishing situations and explain one or two of the things that make our selections so great.

I love fishing and have enjoyed it as a hobby for over 30 years now. Nowadays, with a young family, I find just as much enjoyment in imparting my knowledge and experiences through teaching and writing about all topics within the wonderful world of angling.