What is coarse fishing? - (Facts and information on freshwater fishing in the UK)

Coarse fishing is a type of angling, practiced within freshwater, for fish that are typically not for the table.

In the UK, the water bodies that coarse fishing commonly takes place on are lakes, ponds, rivers, and canals. Tactics that are usually deployed when coarse fishing are mostly either float fishing, feeder fishing, or ledgering.

This article answers some common questions around coarse fishing in the UK including the different types of coarse fish and everything you need to know to get started.

What is the history of coarse fishing?

Coarse fishing originated in the United Kingdom in the 19th century. Before coarse fishing was a thing, angling in ones spare time was a sport for the gentry!

This type of fishing was mostly for Salmon and Trout that could be caught as a prize for the table. These fish were named 'Game Fish'.

Other fish that frequented within waters in the UK that were deemed not suitable for eating were named coarse fish.

As time went on, fishing for the sport rather than the table became more popular, and as such this pastime became known as coarse fishing. 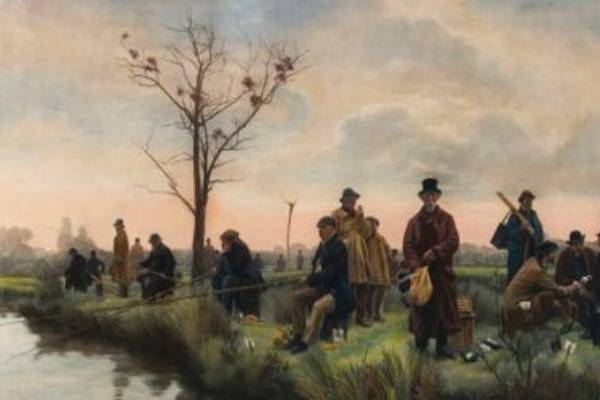 A historic painting of coarse fishing in the 19th century

What is the difference between coarse fishing and game fishing?

The main species targeted with game fishing tend to be Trout (Both Brown and Rainbow varieties) and Salmon. The majority of other freshwater fish in UK waters are then considered coarse fish.

What are the coarse fishing species?

In contrast to game fishing, coarse fishing targets many more species. These very much vary in terms of size and popularity.

For example, a carp can grow to over 60lbs in the UK and are a very popular fish to target whereas the Dace, on average, weighs one to three ounces and are not really sought after.

Check out the following table that details the coarse fish that are frequent in UK waters:

Can you go coarse fishing all year round?

The answer to this question is yes and no!. Coarse fishing in the UK has a close season that runs typically from the middle of March to the middle of June.

This close season, however, only legally applies to rivers and streams. The majority of privately owned lakes, ponds, and canal stretches allow coarse fishing all year round and do not choose to enforce a close season.

The reason a close season is enforced in the UK is to protect fish stocks whilst they are spawning. The Environmental Agency (EA) is the governing body that enforces the close season on rivers and streams.

How much does coarse fishing cost?

Getting started in coarse fishing can be both cheap and expensive as the bulk of the cost is largely on the fishing tackle needed to practice the sport.

Budget or even second-hand fishing tackle could be a cost-effective way to start and try out the sport. The top of the range coarse fishing tackle can cost thousands of pounds so make sure you enjoy the sport before taking out a second mortgage!

There are some fixed costs, however, that need to be considered before you start fishing.

Firstly you will need a fishing license. This is a legal requirement to fish any water in the UK. You can obtain them on the Gov.uk website and they can be purchased for 1 day, 8 days, or for 12 months.

Secondly, in the majority of cases, you will have to pay for the privilege to fish most waters. The cost of this varies from water to water so it's best to find out the cost before you start fishing to avoid any nasty surprises!

What equipment do I need for coarse fishing?

As stated earlier, coarse fishing can be as expensive as you make it. If you are just starting out in the sport, however, you really do not need fishing tackle with all the bells and whistles.

There are lots of budget options that will all be sufficient enough to catch fish.

The problem for beginners is, there is quite a bit of equipment needed to get started.

To help break this requirement down slightly we have categorised the fishing tackle into 3 areas. Essential tackle, Terminal Tackle, and Luxury Tackle...

What coarse fishing essential tackle do I need?

Now if you would like a bit more detail on these essential pieces of tackle alongside some help in choosing the best product, you can check out some of our articles below to assist you:

These kits are not designed to kit you out with the best gear on the market, but they are great if you are just getting started.

We recommend the following kit as a great option to get started in coarse fishing: 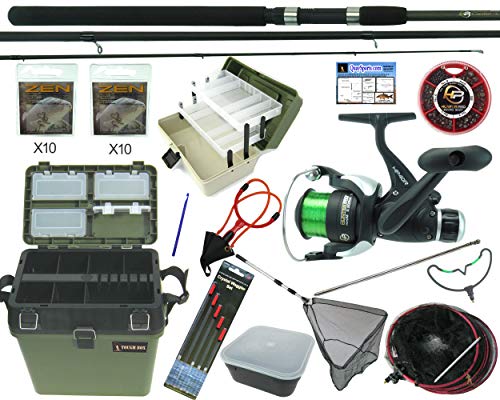 What coarse fishing terminal tackle do I need?

Examples of the type of terminal tackle include the following:

Again, if you are just starting out in the sport, choosing the right terminal tackle can be a minefield. Purchasing a terminal tackle starter kit will cater to everything you need for your first few sessions.

A great option to get started is the following kit: 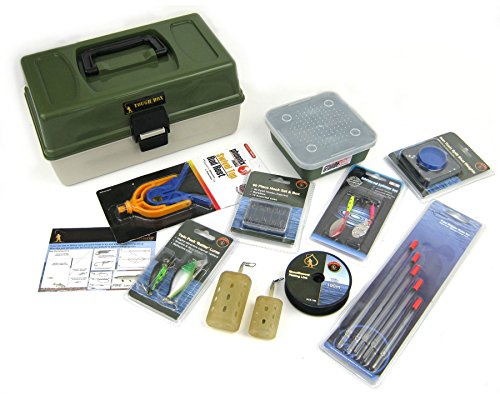 What coarse fishing luxury tackle items do I need?

When we say luxury tackle, we don't mean rods made out of diamonds or reels that do the work for you!. By luxury tackle, we mean gear that doesn't contribute to actually catching fish but instead makes your experience much more pleasurable.

Examples of luxury coarse fishing tackle items you may want to consider include the following:

These items are certainly not necessities but do make coarse fishing slightly easier and more comfortable for you.

If you are considering purchasing some of these items we recommend you check out the following articles that may help your choice:

What is the best bait for coarse fishing?

Choosing the right bait is obviously an important factor if you are going to be successful in coarse fishing. There are some baits, however, that are always worth having on you for a session because they are proven to be successful consistently.

There are four baits that I will always consider using when planning a coarse fishing session. These are as follows:

If the fish are feeding and your tactics are right, then you will always catch with these baits. Out of all of the coarse fishing baits, maggots are without doubt, the most popular.

You can buy maggots from your local tackle shop and they are usually sold by the pint. Just ensure you have a bait box with you when buying. Also, it's best to store them in the fridge if your Mrs will let you!

Check out the following video that gives some tips when fishing with maggots:

When coarse fishing, the most important thing to consider is always fish safety and welfare in order to protect our fish stocks.

Here are some important considerations to help protect fish and keep the sport of angling sustainable:

When researching the content around answering the question of what is coarse fishing, there were a few common questions that got asked often. These questions alongside the answers are as follows:

Carp are classified as coarse fish so fishing for them is classed as coarse fishing. However, carp are a common species to fish for due to their high average size and strong fight. For this reason, some anglers solely fish for carp and, as such, this type of angling is often referred to as carp fishing.

What is the difference between fly and coarse fishing?

Fly fishing is a tactic that is deployed to mostly target and catch game fish such as trout and salmon. Fly fishing can, however, still be a method that some anglers target coarse fish for, more commonly pike. Coarse fishing is the term that is used to fish for coarse species, whatever the tactic.

Is a trout a coarse fish?

No, both rainbow and brown trout species are classed as game fish.

So to recap on the title of the article of what is coarse fishing, coarse fishing is the name given to the type of angling that specifically targets coarse fish species in freshwater.

Hopefully, this article has answered some common questions around coarse fishing and provided some guidance on some of the considerations to think about if you want to take up coarse fishing as a hobby.

If you need any fishing tackle, check out these recommended online shops... 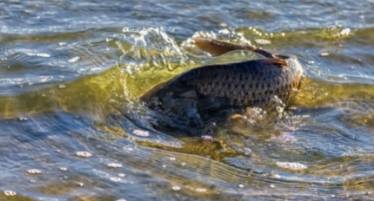 When Do Carp Spawn?

This article answers some of the common questions around carp spawning, including when do carp spawn? and can you fish for carp that are spawning? 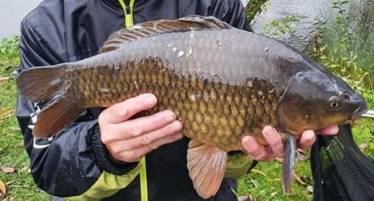 What is an F1 Carp

This article answers the question of what is an F1 carp and details everything you need to know about the fish and how to catch them. 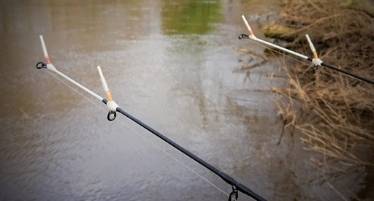 This article runs through some essential features found in the best feeder rod for coarse fishing that should help you up your catch rate significantly.

My name is Scott and I have been fishing for over 20 years now. My profession as a pilot has given me the fortunate opportunity to fish all around the globe. On top of fishing, I have a real passion for writing. Being able to write articles on fishing-related subjects and tackle I have used along my angling journey is not only satisfying but also a pleasure.